Turchinov commented on the ultimatum soldiers regarding the blockade ORDO 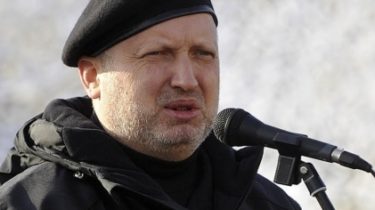 Turchinov commented on the ultimatum soldiers regarding the blockade ORDO

© Information-analytical center of the NSDC

The NSDC Secretary explained that the decision to block is to accept Poroshenko.

Decisions on closures of the occupied territories of Ukraine competent to accept only the President of Ukraine – Supreme commander Petro Poroshenko.

This was stated by the NSDC Secretary Oleksandr Turchynov, writes “Interfax-Ukraine”.

“A decision will be made to block, let block. No decision has been made Supreme commander – it means that no one will do” – he stressed.

Also Turchynov has assured that unauthorized to erect makeshift roadblocks in the ATO zone, no one will.

We will remind, on December 18, the soldiers of the volunteer battalions pushed the militants from the “DNR” and “LNR” ultimatum. If within seven days of all 137 Ukrainian prisoners are not released or exchanged, ATO veterans promise to begin a total blockade of the occupied territories on all railway and motorways.