A day in the area ATO killed and injured there 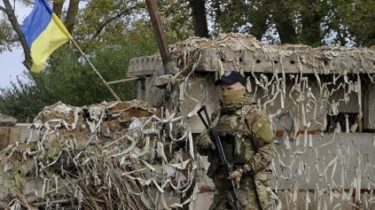 A day in the area ATO killed and injured there

This was reported in the Ministry of defence.

Last day in the ATO area passed without loss.

This was at the briefing said the speaker of the Ministry of defense of Ukraine concerning anti-terrorist operation Andrey Lysenko, transfers UNIAN.

Read also: Militants of the “DNR” mass transportation of their families from the occupied territories – Tymchuk

“During the day due to the fighting, none of Ukrainian military died or were wounded”, – Lysenko told.

Earlier in the headquarters of the ATO reported that during the day there were 44 attacks.