In the Ministry of Infrastructure agreed to the tariff increase, “uz” – Balcon 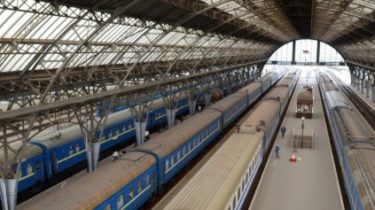 In the Ministry of Infrastructure agreed to the tariff increase, “uz” – Balcon

While the decision applies only to freight traffic.

Tariff Committee of the Ministry of infrastructure of Ukraine agreed on the proposal of “Railways” to increase tariffs in 2017.

This was at the final annual press-conference said the head of “Ukrzaliznytsya” Wojciech Balczun, reports “Interfax-Ukraine”.

According to the Agency, the agreed freight tariffs. Balczun added that the proposal to raise passenger fares has not yet been agreed.

In turn, the Minister of infrastructure Vladimir Omelian, answering a reporter’s question, said that he is against raising of tariffs for passenger transportation, reports the Economic truth.

See also: new year “gift” from “uz”: from Lviv to Kiev will be allowed an additional train

We will remind, tariffs for railway tickets in the new year may increase up to 35%. The head of “Ukrzaliznytsya” Wojciech Balczun explained this initiative inflation and rising prices of everything connected with production.

“The pessimistic scenario provided for a rate increase in 2017 by 44%. Optimistic – 25%. I immediately refute this increase will be 35%. Our recommendation is about 20”, – he explained.

Improvement plan to be completed in two phases – in the first quarter and into the fourth. If now the ticket in second-class carriage on the train, for example, Kiev-Lvov costs 130 UAH, from February 2017, the cost will be almost 155 hryvnia, and from October – 175. From January 2017, 10% will change the price of travel in carriages of 1st and 2nd class train “intercity+”.

A proposal in the near future, consider in the Ministry of Finance. Increase is planned in two stages – in the first quarter and into the fourth. From January 2017, 10% will change the price of the carriages 1 and 2 classes of trains intercity +.