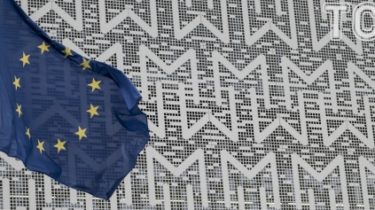 This is the second and final tranche of the prisoner in the 2014 agreement.

The European Union has listed Ukraine 55,125 million euros. This is the second tranche of financial aid of the EU within the framework of the financing Agreement, which was signed in 2014 between the Cabinet of Ministers of Ukraine and the European Commission.

This is stated in the message of the Ministry of Finance of Ukraine on Tuesday, reports “Interfax-Ukraine”.

It is noted that the money was granted after the European Commission assessment of the implementation by Ukraine of the reforms. European officials were looking for improvements in the areas of anti-corruption, public procurement system, the field of public administration, reforming the system of administrative services and so on.

The Finance Ministry has noted that the funds are directed to funding of expenditures of the General Fund of the state budget of Ukraine.

See also: it Became known that the IMF may consider the allocation of the next tranche for Ukraine

The office recalls that this is the final tranche in the framework of the international Treaty with the EU. The first tranche in the amount of EUR 250 million was received in July 2014.

We will remind, the European investment Bank and the European Commission signed an agreement on granting Ukraine financial assistance in the amount of 600 million euros. Tranche will be implemented in the framework of support package, which amounts to 3 billion euros.l

For this decision voted by the majority of deputies. So the money became a reality – he needs to tell the European Council. If difficulties with it will not be a third of this amount, 600 million – Kyiv already in early July.