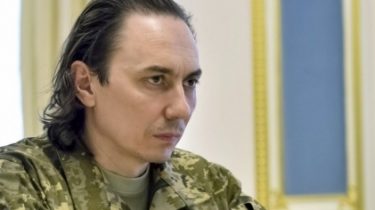 In the record of the SBU contains Bezyazykov conversation with his boss with the call sign “63rd”, which he allegedly spent on 5 September 2014.

The security service of Ukraine published audio recording of the telephone conversation of the chief of the intelligence Department of headquarters 8 Army corps of the land forces of the armed forces Colonel John Bezyazykov.

In conversation bezyazykov takes information from another informant about the movements of the APU in the area of the village Andreevka. This conversation was held on 30 August 2014.

In the record of the SBU contains Bezyazykov conversation with his boss with the call sign “63rd”, which he allegedly spent on 5 September 2014.

The security service of Ukraine detained the Colonel of Armed forces of Ukraine Ivan Bezyazykov on suspicion of collaboration with the secret services of the Russian Federation. Also it was announced the suspicion of committing a crime. 13 December the court started to elect a suspect measure of restraint.

Bezyazykov – commissioned officer of the Armed forces of Ukraine, the head of intelligence of the former eighth army corps APU, disbanded in March 2015. According to the wife Bezyazykov Margarita Kushnirova, her husband was captured on 16 August 2014.

July 5, 2016 evening bezyazykov was released from captivity of militants.