New sanctions against Russia and attempt of deprivation of the 1+1 license. Five things you might oversleep 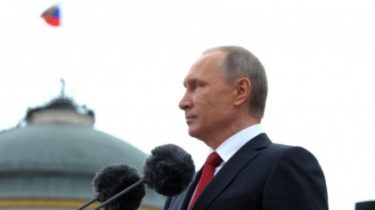 New sanctions against Russia and attempt of deprivation of the 1+1 license. Five things you might oversleep

1. December 29, 2016 last day of validity of licenses for analogue broadcasting of TV channel 1+1. Two weeks ago, on December 15, the national Council on television and radio broadcasting unanimously voted for the renewal and extension of the license for the channel. However, the license was never issued. During consideration of an application that lasted 6 months, no official claims to the channel has not been received. “The last two weeks from different sources we get information about the attempt to cancel the decision and to carry out raider capture of the channel”, – stated in the appeal of the staff and management of the channel to the President and other senior officials. Read more→

2. The administration of U.S. President Barack Obama is preparing to announce on 29 December on the introduction of sanctions against Russia for meddling in the election of the President of this country. On it informs TV channel CNN, citing us officials who know about the plans of the Obama administration.Actions should include additional sanctions and diplomatic measures that the Obama administration considers a proportionate response to the hacking attack Russia during the election campaign. Read more→

3. Republican senators McCain and Graham urged the elected President of the USA of Donald trump and renovated Congress to impose new, tougher sanctions against Russia over its intervention in the presidential election. “I would also provide defensive arms to Ukraine so it could defend itself from further attacks from the Russian side, and be sure that Vladimir Putin is aware that such actions in the future will reciprocate,” – said McCain. Read more→

4. Wednesday, December 28, fighters fired at the Russian Embassy in Syria, which is located in the capital, Damascus. One mine, not ripped, fell in the courtyard of a complex of administrative buildings of the Russian diplomatic mission. The second fell in the vicinity of the Embassy. Read more→

5. In Kiev, at the hem was a large-scale drunken accident with victims: the bus driver Volkswagen missed the “Tavria” and flew into four parked cars: Peugeot, “Niva” and two Volkswagen. The injured driver with a broken head tried to escape, but was detained the driver of “Tavria”. Read more→