Six broken auto: in Kiev at the hem was a large-scale drunken accident 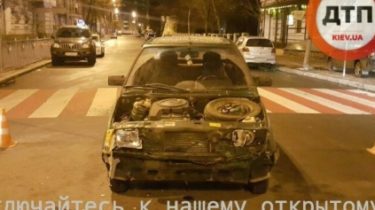 Six broken auto: in Kiev at the hem was a large-scale drunken accident

On-site work by the police, I left quickly-an investigation team.

In Kiev, at the hem has occurred a large-scale drunken accident with victims: the driver of the minibus Volkswagen missed the “Tavria” and flew “under a brick”, 4 parked cars: Peugeot, “Niva” and two Volkswagen.

The injured driver with a broken head tried to escape, detained the driver of “Tavria”. “I was very drunk. Hospitalized. On-site work by the police, I left quickly-an investigation team” – reported in the community.

See also: Tesla Autopilot saved a driver from an accident on a highway in the Netherlands

We will remind, in the Zhytomyr region 163 km of the highway Kyiv-Chop the Mercedes-Benz Sprinter minibus left the road and overturned on its side.

As noted, the witnesses of the accident were accidental passers, who called the rescue and managed to put the Shuttle on wheels. At the time of accident inside the van were 11 people and a driver, who were traveling from Kiev in Bukovel.