“Putin wasn’t inside”: Charlie Hebdo published cartoons of the fall of the Russian Tu-154 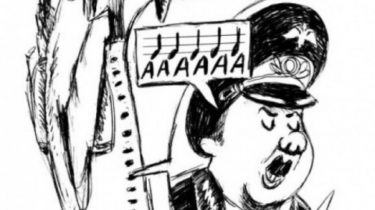 “Putin wasn’t inside”: Charlie Hebdo published cartoons of the fall of the Russian Tu-154

In Russia, the drawings called extremism.

On one picture shows a plane crashes and on Board entertainers drawl singing the sound “a”. The image is accompanied by the caption: “the Repertoire of the choirs of the red army is expanding.”

The second cartoon also painted the airplane, but signed for the Russian President: “the Bad news… Putin wasn’t inside”.

Such findings to the experts and investigators after deciphering a part of the records found before the main black box. In the conversation of the pilots is heard as one of them exclaims the word “flaps”, and then a cry of “fall”. In the operational headquarters of note, the speed of the liner was sufficient for the climb. The plane was falling nose up.