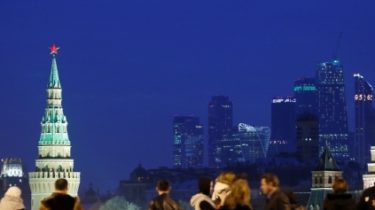 Also the sanctions imposed against officers of Russian law enforcement agencies and courts involved in the illegal detention of Ukrainian citizens in Russia.

Today, December 29 at a meeting of the national security Council and defense of Ukraine considered the issue of sanctions against individuals and legal entities of Russia.

The NSDC has also considered the issues of cybersecurity, protection of critical infrastructure, the adoption of the information security Doctrine, the State program of development of the APU for the period up to 2020, as well as changes in the military-administrative division of the territory of Ukraine, have informed in a press-service.

Thus, against individuals illegally elected to the State Duma of the Russian Federation on the results of the so-called “elections” in occupied to the Crimea imposed limitations.

See also: the Kremlin has promised to respond to new US sanctions

“In connection with the ongoing hybrid aggression of Russia against Ukraine, the national security Council and defense of Ukraine has imposed additional sanctions against natural and legal persons of the aggressor state. In particular, sanctions against those illegally elected to the State Duma of the Russian Federation on the results of the so-called “elections” held by the occupation authorities in the territory of the Autonomous Republic of Crimea and Sevastopol, members of the so-called “election Commission”, the Ukrainian companies in Crimea, which was illegally re-registered under the Russian legislation”, – stated in the message.

Also the sanctions imposed against officers of Russian law enforcement agencies and courts involved in the illegal detention of Ukrainian citizens in Russia.

It is noted that the national security Council also imposed sanctions against former leaders of Ukraine who are wanted and are hiding abroad, and was involved in the financing of terrorist activities and hybrid aggression of Russia against Ukraine.

Read also: USA will impose new sanctions against Russia because of hacker attacks during the elections – CNN

“Sanctions against legal persons controlled by Russia, which involved the jurisdiction of the Russian hybrid war against Ukraine in the information sphere and cyber space.

To ensure transparency and synchronization of all of the sanctions applied against natural and legal persons, was extended for 1 year”, – reported in Department.

The national security Council stressed that cyber attacks against Ukraine, coordinated by the Federation, necessitated the adoption of urgent measures for qualitative strengthening of the system of cyber defence and cyber security.

“It is, in particular, on the improvement of legislation, ensure the standardization and unification of hardware and software solutions for state needs, development of secure National networks, the protection of state information resources and strengthening the capacity of the security sector and defense in cyberspace”, – stated in the message.

See also: the United States expanded sanctions against Russia over the conflict in Ukraine

NSDC supported by the Ministry of defence of Ukraine the draft State program of development of the Armed Forces of Ukraine for the period until 2020, as well as changes in the military-administrative division of the territory of Ukraine.

Recall the push stroke of the last two months, informresurs bodies of state power of Ukraine , there were about 6,5 thousand cyber attacks, the trail leads to Russia. Hacker attacks, according to the President of Ukraine, touched objects in five departments and thirty-one of the state information resource.