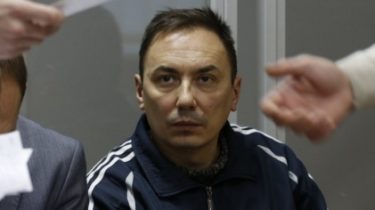 Intelligence services have published evidence, based on which suggested the suspicion of the scout.

This is stated in the message of security Service of Ukraine.

See also: Bezyazykov can pursue in order to hide the truth about Ilovaisk – lawyer

“The service has irrefutable evidence (witness statements and operational materials) that the traitor collaborated with the intelligence agencies of the militants, who controlled the Russian security services, and even held there one of the senior positions,” – said the Deputy head of the Main investigation Department of the security service of Ukraine Vitaly Beacons.

The security service of Ukraine detained the Colonel of Armed forces of Ukraine Ivan Bezyazykov on suspicion of collaboration with the secret services of the Russian Federation. Also it was announced the suspicion of committing a crime. 13 December the court started to elect a suspect measure of restraint.

Bezyazykov – commissioned officer of the Armed forces of Ukraine, the head of intelligence of the former eighth army corps APU, disbanded in March 2015. According to his wife Margaret Kushnirova, her husband was captured on 16 August 2014.

July 5, 2016 evening bezyazykov was released from captivity of militants.