Tkachenko: the state has an interest in the assets of the channel “1+1” 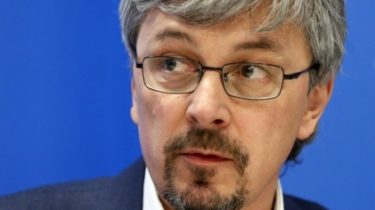 Tkachenko: the state has an interest in the assets of the channel “1+1”

According to General Director of “1+1 media” Alexander Tkachenko, now there is every reason to fear that the national Council may cancel the earlier adopted them too.

The administration of the President of Ukraine before the election disadvantageous to have uncontrolled media resource.

This was stated by Director General of “1+1 media” Alexander Tkachenko.

Tkachenko said that the channel is not active “PrivatBank”. “The Studio has no loans or debt obligations to the Bank. In private conversations I have repeatedly received information that the part of the President’s Administration, the pressure on the national Council. Attribute this to the fact that before the election of the presidential Administration disadvantageous to have uncontrolled media-resource”, – said in a statement.

Alexander Tkachenko also noted that in legislation there is no information that it is necessary to wait a month (until January 23, 2017) of the receipt of the instrument of renewal of licenses. “The Council would issue us a license today, but this is not happening. And be a talk on the theme “be loyal to the President,” wait, give the document or other… We have filed the documents with all required information 6 months ago. Now, as you can see, there is a substitution of concepts and we have every reason to fear that the national Council may cancel the earlier adopted them too. Request of Ms. Fishchuk (which technically we never received) about the final beneficiary is no more than a ploy, which can not affect the fact of granting us the license,” – said General Director of “1+1 media”.