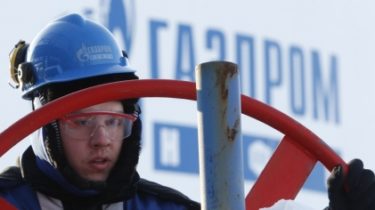 But Russia has increased the volume of transit via the Baltic sea.

As of December 22, 2016 the Russian “Gazprom” has reduced the transit through the Ukrainian gas transportation system in Slovakia.

At the same time, the company increased the volumes of gas transit through Nord stream, which runs under the Baltic ocean. On 30 December reported, “Naftogaz of Ukraine”.

See also: “Gazprom” will allocate 310 million euros for holding a pipe to Turkey through the Black sea

“Almost all of the additional volumes passed through the OPAL pipeline. The volume of transit of Ukraine during this time decreased significantly, and the daily total volume of gas supplies to Europe by both routes is not actually changed,” — said in the message.

“Data ENTSOG suggests a relationship between the increased use of OPAL and reduction of transit Ukraine and Slovakia. This casts doubt on the assertion that the decision of the European Commission to improve the access of Gazprom to OPAL and deviation from the standard of the European legislation will not lead to a decrease in the volume of transit of Russian gas through the territory of Ukraine”, — stated in the “Naftogaz”.

We will remind, recently the European court of justice ruled to suspend the decision of the European Commission to increase the access of “Gazprom” to the OPAL pipeline is one of the branches of the “Nord stream”.