The official exchange rates of NBU: the value of the dollar “struck” the mark of 27 hryvnia 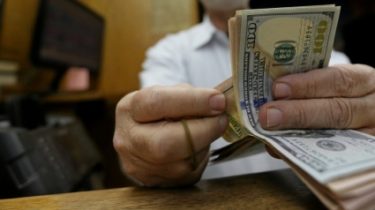 The official exchange rates of NBU: the value of the dollar “struck” the mark of 27 hryvnia

The national Bank announced the exchange rate of the hryvnia on December 30.

The national Bank of Ukraine released the hryvnia exchange rate on 30 Dec. The Ukrainian national currency fell even more , and one dollar on Friday will cost 27,19 UAH.

The Euro has also risen against the hryvnia from 28.42.

See also: What will happen to the dollar and hryvnia before the new year holidays. Forecasts of experts

Earlier economists explained the slight devaluation of the hryvnia to the nationalization of PrivatBank. According to financial analyst Vitaly Shapran, the hryvnia will be met in 2017 at the rate of 27 hryvnia for one dollar. “We do not expect any surprises in anticipation of the holidays. Recall that the Verkhovna Rada has canceled taxes (2% fee in the PFC) when buying foreign currency. This will affect the reduction of the difference between the buying and selling and have a positive impact on the exchange rate,” says Shapran.

Deputy Chairman of the National Bank of Ukraine Oleg Churiy for its part, has said that nationalization “PrivatBank” did not affect the depreciation of the hryvnia.

The national Bank argued that the fall of the hryvnia is due to “the pressure of several factors”: excess hryvnia liquidity and no need to sell foreign exchange earnings from exporters who received during the last and current week, VAT refund of 12.5 billion hryvnia, the need for companies payments on foreign currency loans at the end of the year, and the like.

Exchange thermometer: strengthening of the hryvnia and the cost of Christmas buffet

Earlier in the week, the dollar rose and was about 28 USD. The Verkhovna Rada has canceled taxes when buying foreign currency that will affect the reduction of the difference between the buying and selling. The hryvnia should be strengthened. For a modest Ukrainian festive table hostess, according to estimates TSN, will spend about 800 hryvnia.