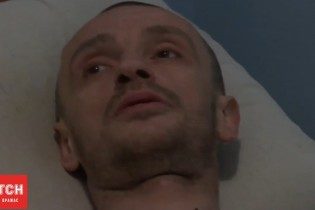 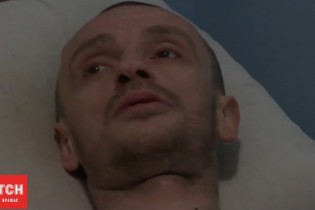 The victim told his version of what happened on 31 December near Kiev.

The victim of the shooting on the road near Kiev claims that the people’s Deputy Sergey Pashinsky used firearms against the rules. In exclusive comments to the journalist of TSN , the man said that the MP has not carried out warning shots and aiming in the chest and only thanks to a happy coincidence, the bullet hit the victim in the leg.

Vyacheslav Himikus himself as an entrepreneur who lives near the scene of the incident and was on 31 December at about 17:00 hours from the neighbouring village, where I went to congratulate with coming new year mom. As a little drunk, he left the house, and the narrow part of the road ran across beads, which stalled. According to Vyacheslav, the driver asked him to help push the beads from the roadway to the curb. He did not refuse, so with a bottle of “neck” in one hand and a phone number where I talked with his wife, another began together with the driver to push a 3-ton truck.

“Stops “Mercedes”, down the window: you freaks, even if the lamp is turned on, what is it? Say: Hey, go to **first, if there are men – let them out and talk. And push. Is this with a gun to stand, lie down! I have in my hand the bottle was – I immediately welled. I’ve seen it in the East of the geese… That’s all”, – said Vyacheslav. He insists that the Deputy first got the gun when he threatened no one and did not come close to him. The victim also claims that Pashinskiy in the air to prevent not shot, and immediately was aiming to kill. “Happiness that the bottle was in the hands of – ***l on the head. Shot here,” said the victim, pointing at his chest. Proof Himikus believes his shot in his pants, which left a trail of gunpowder. “There on the pants of a powder burn. The distance was 15 cm. I hit him with a bottle – if I hadn’t hit, the bullet would be here,” insists the victim.

The man who was shot Pashinsky, said details of the incident

A man named Vyacheslav who was shot by people’s Deputy Serhiy Pashinskiy, told his version of the incident, which differs from the testimony of the people’s choice. So, according to Vyacheslav, it is the MP initiated a showdown. Only then it hit Pashinsky bottle.

According to him, the wife heard the incident on the telephone, so very quickly arrived on the scene and threatened Pashinsky its a pneumatic gun. “The wife heard the whole circus on the phone, she came to the police, put this Pashinsky on your knees there for me,” says Vyacheslav. Now he’s worried about what information about the incident and distort in the official police report already he ceases as the culprit. So I would like to find the owner of the minibus, who was an eyewitness to the events. “The owner of Busa I have ever seen. I don’t know where he is. Most likely, the guy there began to strain and everything else. Because it came “titanous”, I’m lying – leg to the side – he gave me had a gun!”, – told Himikus.

As previously reported, according to Pashinsky, he used the weapon only after it made a precautionary shot up, and second shot after hitting the bottle made up forward. But the wife of Himikos argues that the Deputy had attacked her husband first.