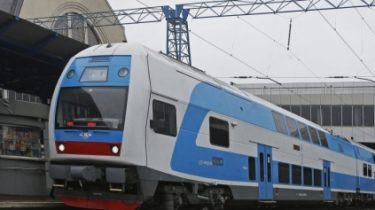 The order to withdraw from the front the soldiers received before the holiday.

Soldiers of the 128th mountain-infantry brigade received orders on the rotation right before the New year. And even on the front lines have already started to decorate the tree, rushed home, says the story TSN.19:30.

First from the East had to drive across the country in a military unit in Mukachevo, and then from Transcarpathia to go to relatives in Myrhorod in the Poltava region. Because this voyage is new year’s eve fell on a move to Kiev, and holiday fighters met in the train. But the soldiers are not discouraged, met the year with dignity and a desire to train made all the same. “All were with their families. The most important thing – peace in the country,” they say.

In Christmas night, the soldiers were ordered on the rotation

The order of rotation, the soldiers of the 128th mountain-infantry brigade received directly under the new year’s eve. And although on the front lines have already started to decorate the tree, dropped everything and rushed home. From the East the warriors across the country went to the military unit in Mukachevo.