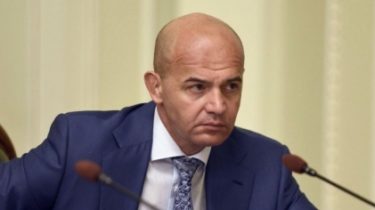 The case against the former head of the Ministry of ecology Zlochevsky closed.

The Prosecutor General’s office is not interested in meeting in Vienna, MP, first Deputy Chairman of the parliamentary faction of the party “Block of Petro Poroshenko” Igor Kononenko with the ex-Minister of the environment of Yanukovych Mykola Zlochevsky. The case against the former Minister closed.

About it reports “Ukrainian truth”, and publicized the response of authorities to request publication.

“The data specified in the request, regarding a possible meeting people’s Deputy Igor Kononenko in a restaurant in Vienna with the former Minister of ecology Z. (Zlochevsky – ed.) did not relate to the subject matter of the investigation of the criminal offence committed C, respectively, in the framework of criminal proceedings has not been investigated,” – said in response to the request.

In addition, the GPU is not noted if they are talking and questioned whether employees of GPU Kononenko after this meeting.

See also: the Journalist stated that he had noticed Poroshenko and Kononenko in the building of the SBU in the night

In accordance with the answer, pre-trial investigation, on 6 August, 2014 was carried out according to Zlochevsky suspicion of committing a criminal offense under part 3 of article 368-2 of the criminal code (illicit enrichment of a person having a responsible position) on suspicion of chief accountant of OOO “Esko-North” in tax evasion and subsequent money laundering.

“The results of the pre-trial investigation in the specified criminal proceedings on suspicion Zlochevsky not established violations of the tax legislation on the issues of completeness and timeliness of payment in the budget of the tax to incomes of physical persons led the company during the relevant period, as evidenced by unscheduled documentary check of the state tax inspection in Shevchenko district GU DFS Kiev”, – is informed in the GPU.

The response notes that these conclusions are confirmed by the decision of the Central criminal court of great Britain as of January 21, 2015 and expert opinion on the results of judicial-economic examination from February 6, 2015.

November 1, 2016, the Prosecutor in the manufacture made a decision about closing of criminal proceedings in the part of unjust enrichment in respect of Zlochevsky and relative tax evasion and money laundering.

The response also notes that the chief accountant of “ESCO-North”. underestimated income tax in the amount of 33 099 840 thousand hryvnias.

“During a pretrial investigation the damage caused in criminal proceedings the society paid in full”, – said in response.

The document notes that these funds were transferred to the budget, along with 15 549 920 hryvnias of a penalty. After that, the Prosecutor’s office through court dismissed the accountant from criminal liability.

Regarding the group of companies Burisma Holdings, where Zlochevsky is the ultimate beneficiary, the query response it is noted that the court directed the petition for exemption from criminal liability in respect of officials of these companies. The reason for this decision was the “complete compensation of losses.”

“In General, the amount of the payment to the state budget amounted to 180 million hryvnia,” – said in response.

We will remind, Mykola Zlochevsky was Minister of ecology and natural resources of Ukraine from July 2010 until April 2012. 27 Nov 2014 the Prosecutor General instituted criminal proceedings against Zlochevsky. The reason for the investigation of suspected criminal schemes of evasion from payment of taxes in especially large sizes. Property Zlochevsky, namely, two cottages, two plots of land, premises with an area of 922 sq m and the car Rolls-Royse Phantom, was arrested, but at the end of January 2015, the Pechersky court of Kiev cancelled the decision. Later the Appellate court of Kyiv withdrew the arrest from the accounts of the company Pari gas holding Burisma Zlochevsky. Pechersk district court of Kyiv ordered the Prosecutor General to decide on the termination of the investigation Zlochevsky. The decision to discontinue the national investigation Zlochevskiy took the Department for investigation of particularly important cases in the field of Economics, the GPU 20 Sep 2016. Later information about the search of disappeared from the training base of the Ministry of internal Affairs.

In late October, the head of the Department of special investigations of the Prosecutor General Sergei Gorbatyuk told how he was almost selected cases according to the ex-Minister of incomes and fees of Yanukovych Alexander Klimenko, Zlochevsky and “Viscum quickly” and suggested that the purpose of the pressure on him is the establishment of control over economic production.

“In June we referred the case against Zlochevsky, and a month was taken,” – said Gorbatyuk.

If the case was taken “in connection with the ineffective investigation”.