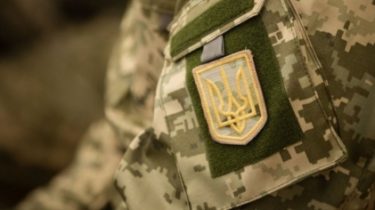 The speaker of the defense Ministry ATO Alexander Motuzyanik told the details of the deaths of two Ukrainian servicemen near Marinka.

He said this during a briefing in Kiev.

According to Motuzyanik, the cause of death war was the careless handling of weapons and alcohol consumption.

See also: new year holidays among the militants increased the number of defections and unrest – Hur

“Yesterday evening an incident occurred in the area of Marinka in one of the units of the Armed forces of Ukraine, which carry out there mission. As a result of this tragedy, two soldiers were killed and two others were injured. In the course of ascertaining the causes and circumstances of this tragedy, I found that there were violations of the rules of handling weapons, as well as violation of the prohibition on the use of alcoholic beverages”, – said the speaker.

He added that the incident is investigated by the military service of law and Netpolice.

Earlier it was reported that yesterday, January 2, in breach of the rules of gun handling in one of the military units in the ATO area near Marinka, killing two soldiers. In addition, two more soldiers were injured.