Cyber attacks Russia has been authorised by the Kremlin – US intelligence 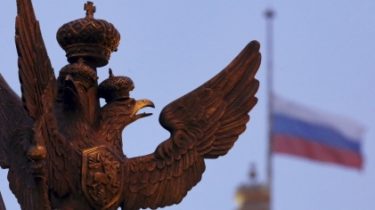 Cyber attacks Russia has been authorised by the Kremlin – US intelligence

In the us intelligence community believe that Russia will continue to conduct cyber operations against the United States.

The information stolen from the servers of the National Committee of the US Democratic party and subsequent publication of her during the presidential elections in the United States was authorized senior Russian leaders.

This was stated by Director of national intelligence James Clapper, writes UKRINFORM.

“According to our estimates, only the highest Russian leadership could authorize last abduction, and information disclosure aimed at elections (ed.), given the size and vulnerability of those at whom it was aimed,” said he.

Clapper believes that Russia will conduct cyber operations against the United States in the future. It is expected that they will be focused on gathering intelligence, providing decision-making by the Russian leadership, conducting influence operations to support military and political objectives of Russia, as well as for the preparation of cyberspace for future purposes.

Clapper added that he has data on the use of RF cyberattack and tools to influence public opinion in Europe and Eurasia.

At the same time, he noted that in addition to Russia, the United States pose a threat in cyberspace from China, Iran, North Korea, as well as criminal and terrorist organizations whose objective is state, commercial, political institutions and private citizens of the United States.

Read also: the CIA will give Obama and Trump report on the Russian cyber attacks

Obama said that the U.S. will meet Russia for hacker attack during the presidential campaign

The White House said that he had personally spoken on this subject with Putin. Now warns that some of the countermeasures will be known to the public, but some will remain a secret. Previously, the CIA said that Russia for its attacks tried to change the course of the presidential race in favor of Republican Donald trump.