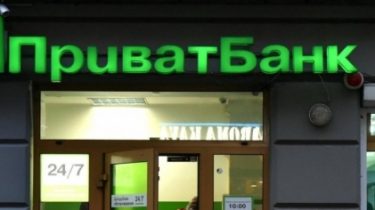 The Agency predicted an increase in the Bank’s ratings up to the sovereign level.

This is stated in the press release, the international rating Agency Fitch Ratings, reports “Interfax-Ukraine”.

According to the Agency, the recapitalization of one of the largest Ukrainian banks occurred in December of last year.

See also: the Fall of the hryvnia is not related to the nationalization of “PrivatBank”, Deputy head of the NBU

Fitch say that the positive results of the capital increase PrivatBank, including through the issuance tied to the currency government bonds, will allow financial institutions to provide liquidity of its currency obligations. The Agency predicted an increase in the Bank’s ratings up to the sovereign level.

This was announced at a briefing in the national Bank. Overnight, the government promised to form a new leadership. For a half day transition period had some business. Corporate account financial institution serving is minimal. With electronic transactions it’s all right.

We will remind, on the nationalization of “PrivatBank” became known late on Sunday evening, December 18. Wednesday, December 21, the financial institution officially became a state property. The Ministry of Finance bought “PrivatBank” Deposit guarantee Fund of natural persons for a symbolic one hryvnia.

The transition period lasted for 72 hours. Monday, December 19, the head of the NBU Valeria Gontareva said that “Privat” is classified as insolvent. According to her, the Bank’s capital deficit was 116 billion UAH, and 97% of the corporate loan portfolio was distributed to companies related to shareholders. This “hole”, the state plans to close the bond issue Treasury bonds.

The Parliament adopted the presidential bill on additional guarantees to investors. It applies only to natural persons and ensures the return of deposits in more than 200 thousand hryvnia. Smaller deposits in case of bankruptcy the Bank will return the Deposit guarantee Fund. The bill was criticized in particular for the deterioration of the competitive conditions for commercial banks, which do not have such privileges.