GPU through the courts returned to Ukraine 9 billion in 2016 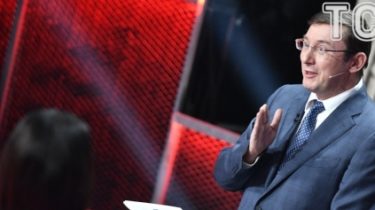 GPU through the courts returned to Ukraine 9 billion in 2016

It was also cancelled nearly a thousand judicial decisions, than the prevented loss of the state 2.3 billion.

In 2016 on claims of the Prosecutor General of Ukraine in the interests of citizens and the state returned 9 billion UAH.

This was announced by Prosecutor General Yury Lutsenko.

See also: the Charges against Ephraim in treason and the establishment of the “LNR” handed over to the court.

“On the claims of the GPU for the benefit of citizens and the state in 2016 awarded to 15.5 billion UAH. Actually returned for the year 9 billion UAH”, – said the Prosecutor General on his page in Facebook.

Lutsenko added that in the past year on applications of GPU abolished nearly a thousand judicial decisions, than the prevented loss of the state 2.3 billion.

We will remind, people’s Deputy Serhiy Leshchenko has achieved the opening of criminal proceedings against “apartments Lutsenko”. According to Leshchenko, the criminal proceedings for the eight apartments that were previously issued on “the lonely grandmother-bookkeeper”, and which as a result was transferred to the people’s Deputy from BPP Gleb Zagoria.