On Christmas day the rebels were beaten in all directions, two soldiers wounded 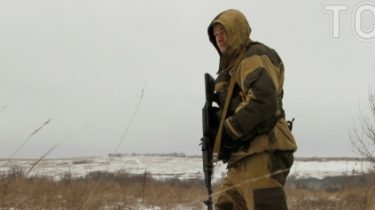 On Christmas day the rebels were beaten in all directions, two soldiers wounded

Most went to the Mariupol direction, the terrorists used the whole range of weapons.

In the area of ATO for the past day by fighting no Ukrainian soldier was killed and two soldiers were wounded during the grenade attacks of positions of forces ATO near Novotoshkivske.

On this January 7, said the speaker of the defense Ministry ATO Alexander Motuzyanyk.

Read also: Militants are fleeing “army LDNR” and the Russian command stuffing their own pockets – exploration

“The militants have systematically continued to fire at positions of forces of ATO, the number of cases of violation of silence regime the enemy increased by 10 compared to a day earlier, up to 42”, – he said.

On Christmas night the enemy activity is somewhat decreased, with the exception of направлениz Mariupol – where the militants used artillery and mortars against the Ukrainian military. 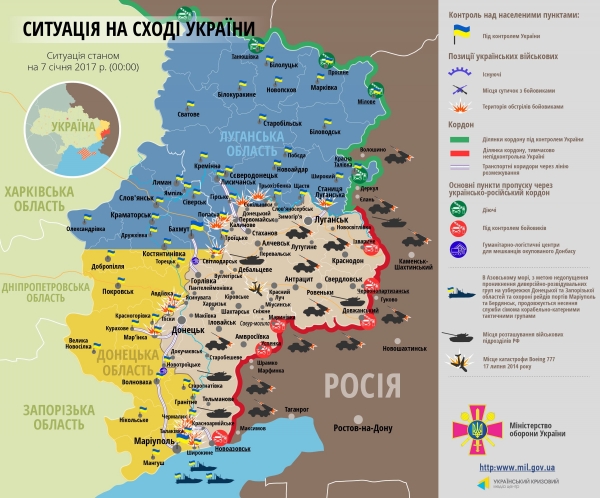 At the direction of Lugansk over the past day took place on 9 enemy shelling, in Donetsk – 6, the terrorists used heavy weapons, firing three mines to the side of ATO forces on the arc Svetlodarsk.

“In the direction of Mariupol a number of attacks by militants, the highest – 25, the militants used the whole range of weapons, except for rocket artillery and tanks, firing 50 mortar shells and 25 artillery projectiles. Almost all cases of ceasefire violations occurred in the area between Pavlopol to Shirokino” – said Motuzyanyk.

It happened in the evening near Mayorsk. Thus, Kiev hopes to unlock the return home of Ukrainian prisoners.