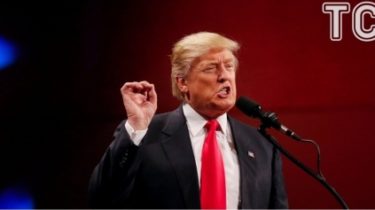 Top secret materials were distributed by the NBC.

The newly elected President of the United States, Donald trump turned to the heads of relevant committees of the us Congress with a request to investigate the question of how NBC News could disclose sensitive information about Russia.

“I ask the heads of the committees of the house of representatives and the Senate to investigate how the top-secret materials have been distributed by NBC before I saw them,” said trump.

Obviously, Donald trump was referring to the message that U.S. intelligence has information of Russians who were involved in the diversion of letters of the National Committee of the Democratic party during the election period. “The United States has identified the actors in Russia, which gave the Democrats have stolen the materials of WikiLeaks website, told NBC News officials from the intelligence,” – said in a Thursday tweet by CNBC.

Later, the channel reported that the other intelligence received by Obama, there was even a report that someone from the Russian leadership celebrated the victory of trump.

“Interception of top secret information illustrates how the Russian government planned and directed multilateral campaign by Moscow to undermine the integrity of the American political system” – quotes TV channel of the official representative.