Putin paralyzes Ukraine, if not will get a puppet government – former US Ambassador 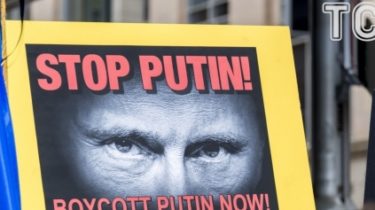 Putin paralyzes Ukraine, if not will get a puppet government – former US Ambassador

The fate of Ukraine will be crucial for the future of Europe and Russia for the next generations.

For a quarter century after the end of the cold war, of deep resentment, confusion and frustration often determined the nature of relations between the United States and Russia.

This was written by William burns, former US Ambassador and President of the Carnegie endowment for international peace in Moscow, in the column for the New York Times called “How we deceive ourselves in regard to Russia, reports Voice of America.

See also: Crimea and the Russian border, flew two reconnaissance aircraft of the US media

It was more than enough illusions on both sides, says burns, but the reality is, in his opinion, is that us-Russian relations will remain competitive and often competitive due to fundamental differences in worldview.

Aggressive intervention of Putin in the presidential elections of the USAas its foreign policy has at least two factors of motivation, explains burns. First, the conviction of the President that the most reliable way to restore Russia as a great power – the weakening of the world order, which is supported by the US. Second, the legitimacy of Putin’s repressive system of internal control depends on the availability of external threats.

In their opinion, the punishment isn’t enough to pay for Moscow for cyber attacks and interference by Russian hackers in American elections. Under the new sanctions imposed by President Barack Obama, were employees of the Russian FSB and GRU, two hackers, and more – three companies, responsible for logistical support of Russian intelligence.

Being a realist, Putin understands the relative weakness of Russia, but regularly demonstrates that the decreasing force can be at least as devastating as growing. He sees around him an environment filled with possible targets, said the former Ambassador.

If Putin can’t easily rebuild Russia, he can put in place the USA, with his usual tactical skill and willingness to play rough and risk, explains burns.

See also: the USA has threatened Russia with an unexpected response to cyber attacks

Besides, if he doesn’t get a pliable government in charge of Ukraine, it will make it unable to function properly, notes former U.S. Ambassador to Russia.

Therefore, among the steps that should be taken by States, burns proposes a focus on Ukraine as a country whose fate will be crucial for the future of Europe and Russia for the next generations. Now we are not talking about joining NATO or European Union membership, said the former Ambassador, and to help Ukrainian leaders to build a successful political system that Russia seeks to prevent.