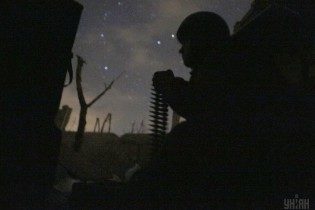 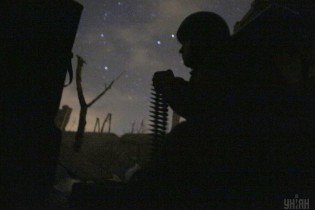 No one Ukrainian soldier was killed.

As a result of military actions in the ATO area over the past day, five Ukrainian soldiers were injured.

No dead, said Col., the speaker of the Ministry of defense of Ukraine on ATO, reports UKRINFORM.

Read also: Three soldiers returned from assignments in the area of ATO in the place of deployment unit

“Over the past day by fighting any Ukrainian serviceman wasn’t lost. Five of our defenders were injured”, — Motuzyanik told at a briefing on Monday, January 9th.

He also added that areas of combat activity of illegal armed groups has not changed: Svetlodarsk arc, Northern outskirts of Horlivka and Avdiivka industrial area. Heavy weapons the enemy used in all three areas.

At the same time, the hot remains of the Mariupol direction. There have been 30 attacks by militants positions ATO forces, including 8 of the heavy weapons.

“The most intense situation remains in the South area, in the area between Pavlopol to Shyrokine,” added Motuzyanik.

The military is one of the parts that perform the task near the demarcation line, did not return to the location of the unit. Now with them missing. Circumstances of incident are found out – say in the headquarters of ATO. At the same time on the Eastern front for the day recorded more than fifty attacks. Headquarters reported three wounded Ukrainian fighters.