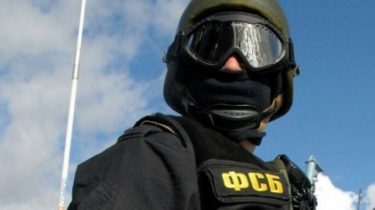 The FSB has stepped up recruitment of personnel in the border part of the terrorist “DNR”.

About this on his page in Facebook said Dmitry Tymchuk, the people’s Deputy of Ukraine and the coordinator of group “Information resistance”.

In particular, people are caught “smuggling” or “illegal border crossing”, while seized documents, which facilitates recruitment.

We will remind, in Lugansk, the FSB arrested the militants disagree with the occupation of the Ukrainians. 1 January by the FSB of the Russian Federation together with the so-called “interior Ministry LNV” detained people who have expressed dissatisfaction with the activities of Russian occupation forces and were hung on buildings in Lugansk leaflets calling for a fight with the aggressor.