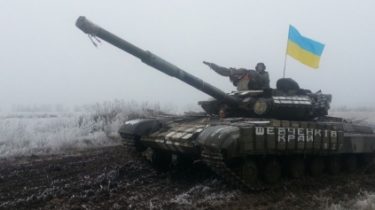 Now the headquarters to find out what happened with the soldiers.

In the Donbas after the assignment at the line of demarcation lost three Ukrainian military.

“8 January 2017 three a serviceman of a military unit who carries out tasks near the line of demarcation is not returned to the location of the units,” – said in the message.

According to the press center, now the relationship with the soldiers is missing.

Separately, the General staff said that finding out the circumstances of the accident.

Recall, for the past day militants fired at the Ukrainian positions more than 70 times. Terrorists firing from almost all types of weapons.

On Christmas day the Russian military fired at the occupied Khartsyzsk , Donetsk region. According to intelligence, there are victims among civilians.