In Kiev, the military staged a fight over girls 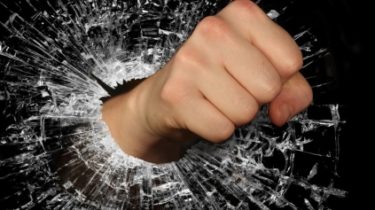 In Kiev, the military staged a fight over girls

It went and fists, and feet, and even a beer glass.

In Kiev, the military became the instigators of the fight.

This was written in Facebook Alex Lipariti, defense Ministry employee and head of the coordination centre for assistance to participants of the special operation in the Donbass.

See photo: a patrol In the Donetsk region got an axe to the head, stopping a street fight

“A group of young people 25-27 years, carefully plucking, decided to Express their respects to the girls. It’s not like other young people of 20-22 years, and the conflict escalated into a fight. We ran to the place and started to calm people down. They had everything – and fists, and kicked in the face, and a beer glass instead of a hammer and pepper spray, and we just stood between the fighters and breed them”, – said Lipired.

Police officers repeatedly stood up for the military, who believed the conflict is inconclusive, and asked me not to call the office. In the end, added Lipariti, rowdy has been punished by his own colleagues when he returned to the barracks.