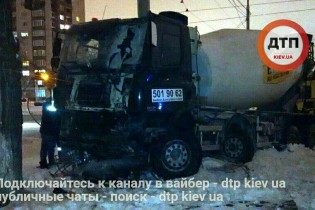 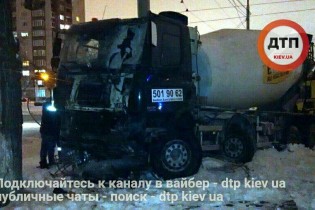 The crash injured a woman and a child in a passenger car.

Obolon in Kiev, there was a massive drunk accident victims.

“The drunk driver of the lorry rammed two cars, went off the road and knocked down two pillars,” – said Antonov.

See also: On the highway Kyiv-Chop was formed kilometer traffic jams due to an accident of a truck and three cars

According to him, the culprit tried to flee the scene but was detained by witnesses. In addition, the lorry driver denied that he had been driving.

The crash injured a woman and a child in a passenger car, said Antonov.

On-site work by the police and investigative team. The utility restore the wires.