In the U.S., the storm knocked down the famous millennial Sequoia 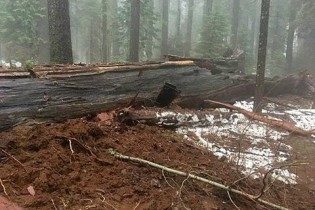 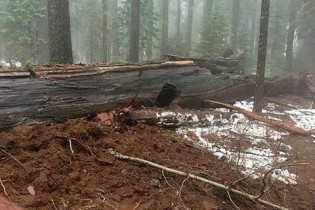 In the U.S., the storm knocked down the famous millennial Sequoia

Giant Sequoia became famous for the tunnel in the trunk.

In California as a result of the storm fell one of the most famous U.S. trees – Pioneer Cabin Tree.

This is stated in Facebook Park big trees Calaveras.

The giant Sequoia was so big that a tunnel in its trunk could drive a car.

A tree fell down in a powerful storm.

The age of sequoias, also known as the tree tunnel was said to have exceeded a thousand years.

The tunnel made in the sequoias 1980, to attract tourists.

We will remind that last year in Nikolaev as a result of squalls hit 120 trees. Recorded 50 cases of falling of trees on power lines, houses, cars and road.