Trump did not rule out easing sanctions against Russia 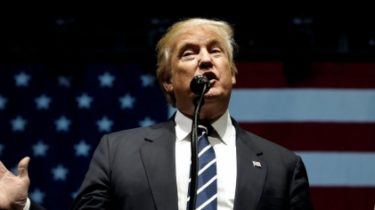 Trump did not rule out easing sanctions against Russia

Adviser to trump assures that the steps Obama was cruel.

Advisor from the entourage of the newly elected President of the United States, Kellian Conway said that Donald trump may reconsider some of the restrictions imposed by the Obama administration against Russia for its cyber attacks during the elections in America.

According to her, trump “wants to ensure the proportionality of the reaction to what happened.” Conway also noted that the steps of the President, including, expulsion from the US, 35 Russian diplomats with families, had been tougher than similar reaction against China and North Korea when it became known about the attacks from their side.

Conway also ridiculed the Democrats on the establishment in both houses of the U.S. Congress a bipartisan independent Commission to investigate accusations against Russia.