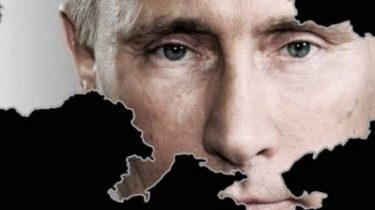 The main allies of the Kremlin have become the local oligarchs.

Wrote about this Russian oppositionist, the Deputy head of the party PARNAS Ilya Yashin on his page on Facebook, presenting the report “Hybrid aggression of the Kremlin” dedicated to the war of Russia against Ukraine.

Read also: Putin to stop the Ukraine, if not will get a puppet government – former US Ambassador

“In fact, the war continues – and not only in the territories controlled by the separatists and Kiev. Putin has made great efforts to bring Ukraine under the Kremlin’s control. For this it uses the methods of “hybrid aggression” – propaganda, provocation, corruption of local politicians,” – said the Russian opposition.

Yashin also drew attention to the fact that the key allies of the Kremlin in destabilizing the situation in Kiev became a local oligarchs, whose business was woven into the structure of the state since the days of Yanukovych.

“These oligarchs, like Putin, are interested in plunging Ukraine into chaos. First it is necessary to restore their positions. Putin is a need to regain control of the neighboring country, brought to power by loyal politicians,” he said.

See also: scandal of the year. Putin called the customer a large-scale cyber attacks on USA

According to the opposition, Putin is so provoked by the war and “geopolitical rivalry” that Russia does not remain allies in the world.

The full report can be read at the link.

Recall that according to the survey, residents of the Western countries fear Russia and expect to start a third world war.