The police of the Donetsk region have created assault squad 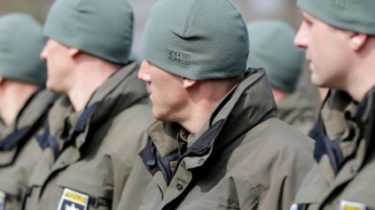 The police of the Donetsk region have created assault squad

Now the division is staffed by approximately 50%.

The police of the Donetsk region created a new assault force.

About it reports a press-service of the Donetsk police.

“January 9, 2017, given a life of their own special CORD. Its membership includes police officers who passed selection 2-month survival courses, received a certificate of the fighter of KORD and passed recertification”, – said the head of the police Donetsk oblast Vyacheslav Abroskin.

The main task of the assault squad – the safety of residents and protection from terrorist threats. Assault squad is designed to support police operations and detention of armed criminals, including in a combat zone. Completely solved the problem with vehicles, technical equipment of special forces. The only issue is staffing.

Now the division is staffed by approximately 50%. Within two to three months is planned to be staffed fully.

Recall that in July 2015 it became known that in Ukraine there will be new mobile special forces “CORD” of former members of the ATU.