The trial of Ephraim moved from Kiev to Luhansk region 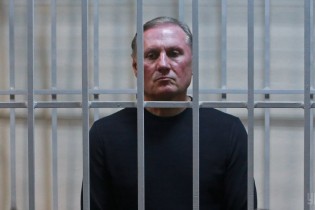 The trial of Ephraim moved from Kiev to Luhansk region

Protection policy insists that the case was heard in the capital.

Judicial session on business eks-the head of fraction of Party of regions Alexander Efremov moved to Starobelsk district court in Luhansk region. This decision was made by the Appellate court of Luhansk region.

As informs TV channel “112 Ukraine”, Ephraim in the courtroom today was not only attended by his lawyers. The defense said he believes the groundless transfer of the case in a court of Lugansk region, and insists that the case was heard in the capital, because that is where the pre-trial investigation body.