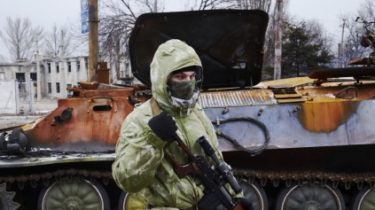 Terrorists do not indicate the diagnosis in the medical records.

Militants in the Donbas detected an outbreak of tularemia.

About this on his page in Facebook wrote the MP and coordinator of “Information resistance” Dmitry Tymchuk.

“Among the militants units of the “1 St of AK DNR”, which are located at positions in Novoazovsk district, Donetsk region recorded outbreak of the disease tularemia (zooantroponoznyh infection, transmitted to humans by contact with animals and via water or contaminated food)”, – he said.

According to Tymchuk, the sick mercenaries transported to the infectious Department of the hospital.Vishnevsky (tsgkb №1) in Donetsk, where placed in separate boxes.

“Information on the number of infected persons and deaths are classified in the medical records the diagnosis not specified”, – he added.

We will remind, earlier Tymchuk also reported on the many diseases that affect the militants of the terrorist “DNR” and “LNR”. According to him, among them are AIDS, scabies and alcoholism.