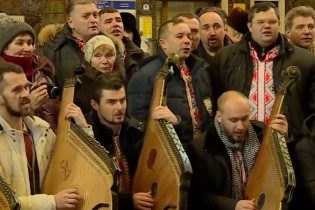 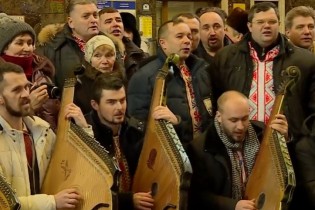 In particular, to the accompaniment of folk instruments performers sang one of the most popular Ukrainian song “shchedryk”, which was a hundred years old.

We will remind, earlier to the flash mob joined in Kharkiv, which struck the mass execution schedrivkas in the Central market of the city.