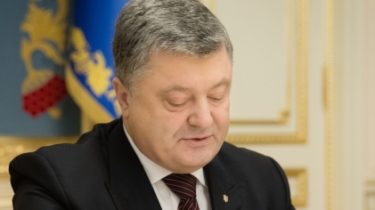 Freeland was born in the canadian city, but her mother, Halyna Chomiak-Freeland is a Ukrainian by origin.

The President of Ukraine Petro Poroshenko congratulated the appointment of Ukrainian origin Chrystia Freeland, the foreign Minister of Canada.

The head of state wrote on my own page on Facebook.

Mary Ann Mihychuk and Cristea Freeland was appointed to the Federal government of Canada in November of 2015. Since that time both Ministers have undertaken visits to Ukraine, the results of which were signed several agreements, including the free trade agreement between Canada and Ukraine.

Freeland was born in the canadian city of peace river in Alberta.

Freeland – daughter lawyers Donald Freeland and Ukrainian origin Galina Hamster. The politician was a journalist and started his career in Ukraine as a stringer for the Financial Times, The Washington Post and The Economist. She subsequently held the position of managing Director of the Financial Times in the United States. In March 2010, Freeland was appointed editor of Thomson Reuters, and in April 2011 became editor of Thomson Reuters Digital.

In 2013, she left journalism to run for election to the canadian Parliament from the Liberal party. In November 2015, became Minister of international trade Canada.

Chrystia Freeland – a former journalist of Ukrainian origin. Still she headed the Ministry of international trade. Since March 2014 she is amongst the canadian officials denied entry to Russia within Putin’s retaliatory sanctions in response to Western.