In the U.S. Senate introduced a bill on new sanctions against Russia because of cyber attacks and the situation in Ukraine 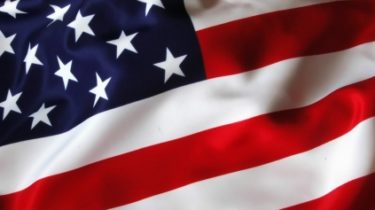 In the U.S. Senate introduced a bill on new sanctions against Russia because of cyber attacks and the situation in Ukraine

Also sanctions can be imposed against individuals who will be denied entry into the United States and use the us banking system.

Republicans John McCain, Lindsey Graham, Robert Portman, as well as Democrats Ben Cardin and Bob Menendez introduced in the Senate a bill on additional sanctions against Russia due to the Russian cyber attacks and the situation in Ukraine. The proposed sanctions affect individuals and energy complex and the banking system.

As stated by Democrat Ben Cardin, Russia attacked America, comparing the situation of September 11 and pearl Harbor. He recalled that the intelligence report submitted on 6 January, personal proves Putin’s involvement in the cyber attacks aimed at undermining confidence in the democratic system of the USA. The sanctions will affect the energy sector and the sphere of sovereign debt.

In addition, sanctions will be imposed against individuals who will be denied entry into the United States and use the us banking system.

Republican John McCain called the main reason for the introduction of the bill in Congress to escalate the conflict in Ukraine and Russia’s participation in military operations in Syria. According to the authors of the bill, sanctions will be applied to the energy sector, as it “is the basis of the Russian economy”.

The senators also plan to set limits on the possibilities of cooperation with Moscow on nuclear energy. The bill also includes a mandatory ban on the issuance of visas and seizure of assets of anyone who “undermines cybersecurity public, private infrastructure or democratic institutions.”

As another measure, the senators propose to introduce sanctions for non-cooperation with the Russian defence complex, Federal security service and GRU.