On Donbass the Ukrainian military was lost. Chronicle of ATO per day 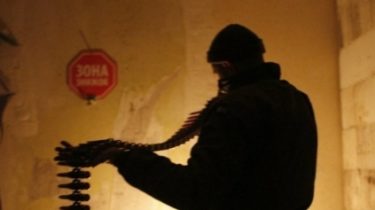 On Donbass the Ukrainian military was lost. Chronicle of ATO per day

For the past day, January 10, in the area of ATO in the Donbas the militants 49 times fired at positions of the Ukrainian military. During the fighting one fighter ATO killed, two wounded and one injured.

“The Russian occupation forces continued shelling of our positions in all directions. In the direction of Mariupol mortars occupants fired on the Talakovka and Water. From grenade-launchers of various calibers – Marinka, Water, Talakovka Gotovomu and Shyrokine. From small arms to Pavlopol, Shirokino and Novotroitsk. Also on Novotroitsk fire kept sniper, and sirocina BMP. In the area of Taramchuk have been fighting. The attack reflected”, – stated in the message.

It was restless and on the Lugansk direction: at Novozvanivka fired mortars and anti-tank missiles, and at Trinity – from grenade launchers.

On Donetsk the direction from mortars of various calibers on the Ukrainian positions in Verkhnetoretsky, Avdeevka, Cool Beam, Experienced, Luhansk and Zaytsevy. Experienced in fire and led infantry fighting vehicles of the militants.

Meanwhile, the militants resumed the application of the “Putin’s tactics” under Donetsk.