Russia has dirt on trump – CNN 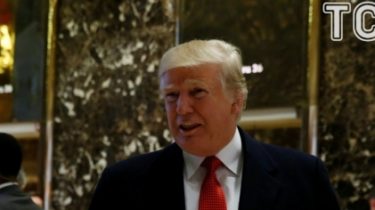 Russia has dirt on trump – CNN

The FBI is currently investigating the validity and accuracy of such statements.

It became known that during a recent meeting elected President of the USA of Donald trump with the heads of the intelligence services of the USA future head of the White house were shown the materials, which said that the Russians have dirt on him personally.

About it reports CNN with reference to official sources.

We are talking about that Russian investigators claimed they have compromising personal and financial information on trump. Such opinions were presented on two separate pages, given that added to the General report on the Russian intervention in elections in 2016. Some of them are based on records collected by the former British intelligence officer who in the intelligence community of the United States expressed the trust.

The FBI is currently investigating the validity and accuracy of these claims, which are based mainly on Russian sources. It is noted that many significant details in the records trump is not yet confirmed.

Intelligence also sought to demonstrate that Russia is gathering information that could pose a potential threat to both political parties of the USA. But they only released the information to thwart Hillary Clinton and the Democrats.