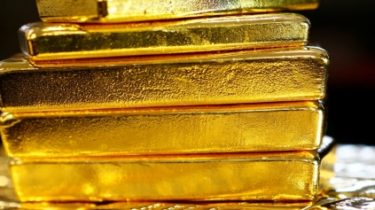 One gram of the precious metal rose in price up to 1034 of the hryvnia.

The last time such a high price was in November 2016. This time the metal has risen on the background of statements of the newly elected U.S. President Donald trump during his first post-election press conference, UNIAN.

Analysts believe the statements of the trump uncertain, he has not presented a clear plan for economic stimulus in the United States. And therefore, experts predict a further rise in price of precious metals – gold is the best way of investing savings during uncertain economic Outlook.

At the official exchange rate of banking metals of the national Bank of Ukraine one gram of gold is worth 1127 UAH.

Meanwhile, the world dollar index (the dollar against a basket of six currencies of countries – major U.S. trading partners) fell by 0.76% to 100,96 points.

Earlier, the world Bank on the background of the statements trump has lowered the forecast of world economic growth by 0.1% to 2.7% in 2017. The Outlook for Ukraine is + 2%.