In Kiev, the judge on the case evromaydanovtsa recommended dismissal because of the failure of their duties 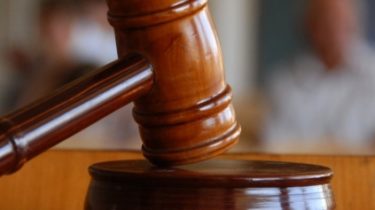 In Kiev, the judge on the case evromaydanovtsa recommended dismissal because of the failure of their duties

Judge Viktor Dubas has not responded to the statement by the activist about his beating “berkutovets” during the proceedings in 2014.

A judge of the Darnytsia court of Kyiv of Viktor Dubas, who considered the case of evromaydanovets Andrew Manduca in the winter of 2014, I want to bring to disciplinary action and recommend dismissal. This decision was taken by the High qualification Commission, according to a story TSN.Ranok.

Judge Dubas accused of dereliction of duty during the proceedings. So, he has not responded to the statement by the activist about his beating “berkutovets” and appointed a court-medical examination.

In turn, the judge refused any explanation on this case because, allegedly, no longer remembers the circumstances. Previous his testimony, he does not recognize. Before considering the production of dismissal, the judge will continue to go to work and get paid.

See also: In the UK the prisoner cut his own throat during court sessions

“He refused earlier these explanations, it is his right, we can’t make. We have studied all documents and came to the conclusion that the judge did not fulfill the duties of a judge, as a judge. We have not verified the legality of the court’s decision, because it is not the competence of the Commission”, – said a member of the High Council of justice Michael Makarchuk.

He is accused from the failure to perform their duties in the proceedings of euromaintenance Andrew Manduca in the winter of 2014. Victor Dubas has not responded to the statement by the activist about his beating by “Berkut” and appointed a forensic medical examination. The judge decided to involve in a disciplinary responsibility and to recommend to the dismissal.