In Luhansk banned the night passenger traffic through checkpoints 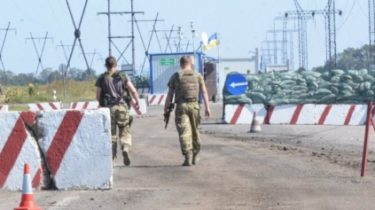 In Luhansk banned the night passenger traffic through checkpoints

Restrictions will apply until further notice.

In Luhansk banned the passenger traffic from 22:00 to 06:00 through the posts from January 9.

This was announced by the head of the Department of communication GU NP in the Luhansk region Tatyana Pogukai in Facebook.

“In the Lugansk region on January 9, a ban on movement through the checkpoints at night of vehicles engaged in passenger transportation”, – she said.

In particular, from 22:00 to 06:00 passage forbidden through the checkpoints vehicles engaged in passenger transport (except international flights), including occasional services, who work in order and in the “taxi”.

Such limitations imposed due to the growth in the number of accidents and to prevent illicit movement of goods and prohibited items.

We will remind, the Russian occupation forces continued attacks on Ukrainian positions in all sectors. About it informs the press center of staff ATO. On the Mariupol – Pavlopol was fired, Gnutova, Krasnogorovka, Marinka and SHIROKANE rocket-propelled grenades and small arms. BMP was shooting at Talakovka. Sirocina – sniper. On Lugansk the direction from mortars 82 mm occupants fired on Gold and the Crimean.