NABOO opened a case against another MP over e-Declaration 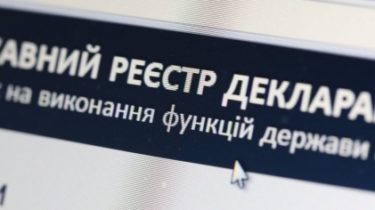 NABOO opened a case against another MP over e-Declaration

Currently, the Bureau has registered 22 production.

The detectives NAB has registered a regular criminal proceedings on the fact of illegal enrichment of people’s Deputy of information in his e-Declaration.

It is noted that the information submitted on 11 January in the Unified register of pre-judicial investigations.

In NABOO not articulate, who opened the proceedings.

In General, already registered 22 criminal proceedings on the results of the analysis of e-returns relating to 21 people: 6 people’s deputies, judges 11, 2 chairmen of district state administrations, 1 Deputy of the regional Council, 1 the head of Central body of Executive power.

See also: NABU launched an investigation about false information in the Declaration of the Deputy

We will remind, on November 17, the National anti-corruption Bureau of Ukraine opened three criminal proceedings on the facts of illicit enrichment (part 2 and part 3 of article 368-2 of the criminal code) based on the analysis of information contained in e-declarations. Two proceedings were opened against deputies, one against the representative of the judicial branch.