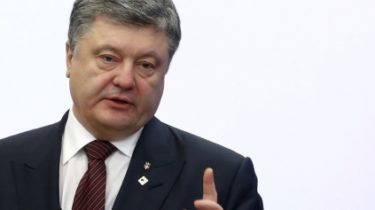 According to the President, the new strip should be at the level of the world standards.

For the reconstruction of the Odessa airport will create a special Fund.

This was stated by President of Ukraine Petro Poroshenko, presenting the new head of the Odessa region.

“Should be, has finally started reconstruction of the airport. I appealed to the Minister with a request to organize a new tender,” he said.

According to the President, this will set up a special Fund.

“And not everything should be done at the expense of the state budget. Why don’t we organize a special Fund, under this Fund to provide budget credit and then due to each of the landing/take-off to compensate for these loans,” said Poroshenko.

Separately, the President noted that a new runway should be at the level of the world standards, adding that in the past two years, an increasing flow of tourists.

We will remind, earlier Supreme Rada adopted the law on the establishment of the state road Fund to Finance the repair and construction of roads. The Fund will be created in 2018.