Troieschyna disconnected from the heating system due to repairs networking 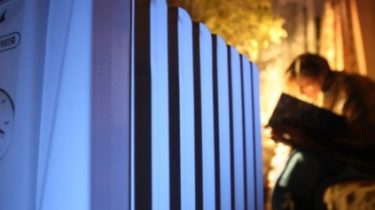 Troieschyna disconnected from the heating system due to repairs networking

Heat Troyeshchyna promise to restore in the evening.

“Kyivenergo” plans to eliminate the emergency damage section of the main pipeline in the Desnyanskiy district of the capital, which has decided to suspend the heat supply to troyeschina.

This is stated in the message of “Kyivenergo”.

“At the time of the repair, starting at 11:00, the heating will be suspended for the residents of the houses on that Avenue Mayakovsky, Tsvetaeva str., Saburov, Radunsky, Puhovski, Nikolaev, Charles, Lavrukhina, Chestnut, Zakrevsky, Electrical, T. Dreiser, Dankevich, Gradinskoy, CT.Beretta, O. de Balzac, as well as on the boulevards of Vladimir Vysotsky, Leonid Bykov and Vygurovskoy”, – stated in the message.

Heat Troyeshchyna promise to restore in the evening.

It is noted that damage to the highway occurred during low temperatures. However, to ensure residents Troyeshchyna warm in extreme cold, the company supported the work of the system. Now due to the increase in temperature repair decided to spend in order to avoid blackouts during a cold snap.

See also: Dozens of homes without heating and closures. Poroshenko reported on the effects of bad weather

Recall, January 5, in Kiev from-for damages and scheduled repairs of heating systems, temporarily without heating and hot water remains 74 of the consumer. For lack of materials and fuel due to the freezing of accounts of the company repairing the damages is complicated, explained in the “Kyivenergo”.