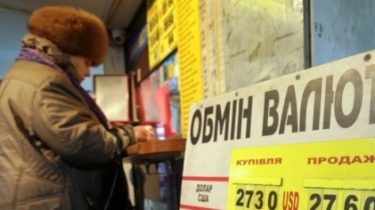 Such data leads the national Bank said that in December the net sales of cash currency by the population amounted to 37.8 million dollars.

Recall, the official exchange rates of the national Bank today, the dollar is worth more than UAH 27, EUR – 28 and a half hryvnia. Exchange offices and banks main currency in the sale is the hryvnia and a half more.