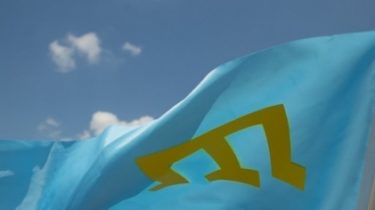 In the international human rights organization Human Rights Watch noted a significant deterioration of the situation with human rights in the occupied Crimea.

“Since then, as Russia took control over the Peninsula, the situation with human rights, of course, very much deteriorated. We Express extreme concern that the persecution of the Crimean Tatars for their peaceful expression of their peaceful protest against the Russian occupation of Crimea continues. They are subject to harassment, detention, prosecution for their thoughts, for their actions when they challenge the occupation, and thus are accused of “violation of the territorial integrity of Russia”, – said the representative of Human Rights Watch in Ukraine Tanya Cooper.

In addition, Cooper noted that in the Crimea are persecuted independent journalists and human rights activists “for their peaceful criticism of the Russian government, or that they are doing their job”.

She also noted that Human Rights Watch will continue to call on Russian authorities to stop the violation of human rights, in particular prisoners on the Peninsula the Crimean Tatars, “that wouldn’t have advanced far-fetched accusations, as it happens with many critics of the Russian occupation in the Crimea that they were not forced to undergo compulsory PCIexpress, and that people are allowed to Express their thoughts, if it is done in a peaceful and legal way”.

On the morning of Thursday, January 12, in occupied Simferopol employees of the Russian FSB detained and taken in for questioning activist of the Ukrainian cultural centre Andrei Vinogradov.

Add that to the Ukrainian cultural center in the Crimea was created after the annexation of Crimea by Russia. This is a public organization that aims to preserve the language and culture of the Ukrainian people. “The political objectives of the founders of the center do not make ourselves”, — said the information Center of human rights.

Ahtem Chiygoz remains in jail until April 8. Chiygoza was arrested almost a year ago, he was accused of organising riots under the Crimean Parliament in 2014, then fought Pro-Russian and Pro-Ukrainian activists. Of the two hundred interviewed, only four stated that they had seen Chiygoza near Parliament, no one talked about illegal actions on his part, but the court of the occupants in mind these readings are not taken.