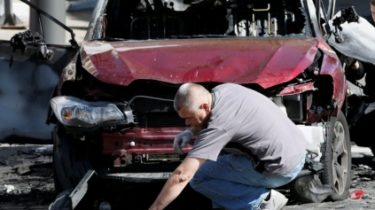 They are also concerned about the restriction of media freedom in Ukraine.

Human Rights Watch is concerned at the lack of results in the investigation of the murder of journalist Pavel Sheremet and restriction of media freedom in Ukraine.

This was stated by the representative of Human Rights Watch, writes UKRINFORM.

“Particularly concerned about the lack of any tangible results in the investigation of the murder of journalist Pavel Sheremet, who was killed in the summer of last year, and attacks on other journalists in the past year,” she said.

Human Rights Watch is also concerned about the restriction of media freedom in Ukraine. According to analysts international human rights organizations, the victims of such violations in the past year in Ukraine “became especially journalists who cover the conflict in the East, and who were accused of complicity, betrayal and the like.”

Read also: Investigators are considering the involvement of fighters dobrobatov to murder Sheremet

We will remind, the journalist Pavel Sheremet was killed in the center of Kiev 20 Jul 2016. The journalist was buried in Minsk. According to investigators, the attackers secured the explosives on the underside of the car, at the wheel which was Sheremet, under the driver’s seat, without penetration into the interior.

The investigation was undertaken to study the neighboring site of the tragedy home. Law enforcement authorities suspect it was the culprit, remotely blew up a car, the driver was a journalist. Journalist Pavel Sharamet killed 20 July in the center of Kiev from the explosion.