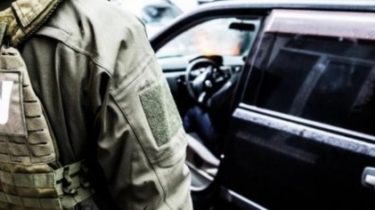 In the case unofficially appear the names of the chairmen of NBU and Deposit guarantee Fund.

Specialized anti-corruption Prosecutor’s office checks the adequacy of the value of the property, which was assessed by the national Bank and the state property Fund. Investigators suspect that abuse in this area could illegally enrich someone from interested persons on 300 billion, says the story TSN.19:30.

As the Prosecutor of the GPU Vladislav Kutsenko, the NAB has started investigation on the basis of his report. The suspects in the case officially yet, however, the focus of investigators – Konstantin Vorushilin and Valeria Gontareva. The criminal proceedings registered on the grounds of undervaluation of the property of the bankrupt banks.

A lot of questions regarding this and ordinary depositors of banks that went bankrupt. For example, Lyudmila Vlatka that kept money in the Bank “Khreschatyk” has repeatedly issued requests for that and for what money will be sold in the ruined facility, but received in reply only formal replies. The only thing we found out is the cost of the lease of the property of the failed Bank, and the figures are staggering: the location on Prorizna street in the heart of Kiev and for rent in just 102 UAH per month!

The people’s Deputy Igor Lutsenko said that he has repeatedly appealed to the police and the GPU with the facts of other abuses. It assumes the property of individual institutions could really appreciate a penny, to then cheaply to sell them. “Assets, for example, the same Bank, “Michael” legal persons is estimated at 800 million. I think that alternative assessment would yield other numbers”, – said the Deputy. And adds in all-Ukrainian scale are we talking about huge amounts, because for the last three years the insolvent admitted as much as 88 banks, each of which has a lot of property. Only the Deposit guarantee Fund has gathered more than 400 billion hryvnia, but talking about problems or outright fictitious nature of these assets, so that they themselves filed a police report almost 4 thousands of allegations of abuse in failed banks in the amount of almost 277 billion.

The NABS is interested in the MP-millionaire after bankruptcy

The property put up for auction on the system”, Prosaro”, so any accusations of manipulation of the rating reject. “The guarantee Fund is ready to cooperate with all law enforcement authorities, public organizations that are interested in solving the above problems,” reads the official message structure. The national Bank even said that any information about the investigation of the anti-corruption Prosecutor’s office had not received, but are willing to assist law enforcement in their investigation. However, to the assessment of the Bank’s assets, according to NBU have nothing to do, because it is not the role of officials of the market regulator.

To understand the situation intended effect. The Prosecutor’s office confirmed that the Prime procedural actions already performed, but only after examine evidence and gather testimony – to find out whether the abuse was and who they blame. Then promise to formally declare and name. Roughly, this should happen in a few weeks.