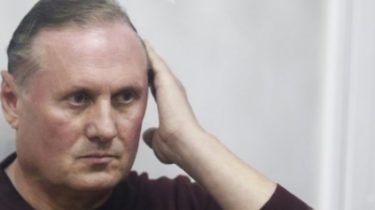 The next hearing in the case of ex-regions could take place next week.

The former head of the faction “Party of regions” Alexander Efremov escorted from Lukyanovka jail in Luhansk oblast, which will consider criminal proceedings against him.

This is with reference to lawyers ex-the regional writes “Interfax-Ukraine”.

It is also reported that today, January 13, Starobelsk district court in Luhansk region were planning to hold a preparatory session on the case of Ephraim, but it was postponed.

According to the lawyer Alexander Melnikov, the defense was not officially notified of the court hearing.

At the same time, another lawyer Efremova Andrey Smirnov noted that the preparatory meeting of the Starobilsk district court can now be held on 16 or 17 January.

Note, 10 January the court of Appeal of Lugansk region took to postpone a court session on the case of Alexander Efremov to Starobilsk district court of Luhansk region.